Literally just for the keyboard. Pipe down, Panos 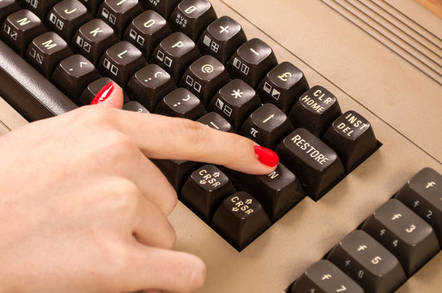 Is that enough bounceback for you?

Waititi, who picked up the Academy Award for Best Adapted Screenplay for odd WWII film Jojo Rabbit, was asked for his thoughts on what writers should be asking about in the next round of talks with producers. He chose that moment to unload the scorn bucket over Apple’s infamous keyboards.

.@TaikaWaititi I think we can help you out with that… https://t.co/C452bnSwrQ

A high-risk move since even sneezing too close to those butterfly bastards can result in the thing failing to do the one, basic task required of a keyboard: translating keypresses to something the computer can work with. Waititi’s concerns, however, seem to stem more from key travel.

“Apple needs to fix those keyboards,” he said, repeating words even the most die-hard of Apple apologists have uttered during the butterfly fiasco. “It makes me want to go back to PCs,” the New Zealander added, describing the keyboards as “way better.”

Panay, naturally, leapt at the opportunity to help and we’re sure all manner of Microsoft hardware is ready and waiting for the call. Although possibly not those awful flat things the Windows giant flirted with during the early days of Surface.

We would, however, recommend Panay listens past the Apple bashing to where Waititi then asks, “Who still uses a PC?” and appears to only spot two people not yet enrolled in the cult.

“It makes me want to go back to PCs” is not really music to Microsoft’s ears. There is also the possibility that Waititi is simply using the word “Apple” as a catch-all for “laptops”, although iMacs also get a mention. Panay’s precious fondleslabs have, after all, often been called “iPads” by recipients of Microsoft’s largesse.

We have, of course, dropped Apple a note for its thoughts on the matter. We won’t be holding our breath for a response.

In the meantime, it does seem that Apple has paid attention to the outpouring of anguish and woe from its fanbois, faced with having to admit that maybe, just maybe, the fruity firm misstepped, and backed away from the butterfly madness.

We like to think that Tim Apple waited before the door had finally closed behind Jony Ive before saying to engineers: “Now can we fix that damn keyboard?”

Why Waititi, now clutching a golden statuette, hasn’t simply dropped the readies for a new 16-inch MacBook Pro is anybody’s guess. Spanking the best part of £2,800 on a laptop should be within the reach of the chap who made the best entry in the Thor franchise as well as having a hand in the excellent What We Do In The Shadows.

It could be that he is hoping Apple’s born-again acceptance that maybe that butterfly thing was a bad idea will spread to other luggables.

Or perhaps he has already turned to the dark side.

The keyboards might be better, but Taika – you’re going to have to use Windows 10 as well if Panay gets his way. ®

Sponsored:
M3 – The ML, AL and Analytics Conference from The Register

US corp Afilias disappears from battle to run Colombia’s trendy .co after The Register, industry probe technical docs • The Register

Duped into running bogus virus scans at Office Depot? Dry your eyes with a small check from $35m settlement • The Register

Bankers suing Oracle over claims of exaggerated cloud sales have another...

Are we having fund yet, npm? CTO calls for patience after...

FCC forced by court to ask the public (again) if they...

‘No one would have guessed that water might be so variable...