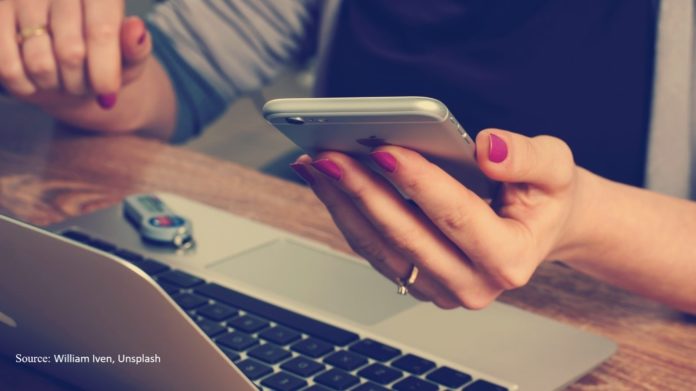 Like any other year, December brings memories… and some revelations as well. It was quite a ride! We kept our fingers crossed for Facebook’s Libra, observed how China develops a national digital currency, and hoping for crypto to fight the bears. But there was quite a lot going on in other areas as well. Let’s take a look.

The first half of the year was–more or less–marked by Bitcoin & Co. Will the market recover? Will big, annual events and BAKKT help to rescue the sluggish market? And institutional investors everyone was talking about in 2017 and 2018 – where are they? What will new regulations bring?

We were waiting for some answers and still do. Annual events didn’t help as much as some experts (and “experts”) forecasted. On the other hand, leverage-based exchanges like Bitmex stole the show. Well, that is true at least for impatient traders who lived in 2017, expecting 10x return of their money. When it became clear that their wishes would not be realized via classic crypto investments, they took a different, more gambling-like path.

Initial Coin Offerings (ICOs) were practically dead. Exchanges tried to get some milk from an exhausted cow by introducing Initial Exchange Offerings (IEO). These are basically ICOs, partnered with the selected exchange which, somewhat, adds credibility to the project and consequently safety for the investors.

But all these attempts didn’t wake up crypto bulls. Because a lot of money was in the tether and similar stablecoins, backed up with fiat money, the crypto market was volatile and subjected to manipulations. Smaller market cap–that is, less money in circulation–enables less money to manipulate the price.

And then the summer came…

THE EMERGENCE OF DIGITAL CURRENCIES´ ANNOUNCEMENTS

The middle of the year was marked by two big players: Facebook and People Bank of China (PBOC). We were all surprised how, all of a sudden, Libra was ready to take the world. London Tribune reported about Libra as well–after all, it was the news of the day–introducing it as “serious crypto”, along with the Roberto Hroval’s Project Phoenix8 and PP8 industrial coin. (Which, by the way, took much wiser approach. More about PP8 coin follows in the second part of the article.)

“Not so quickly,” replied regulatory institutions when noticed what Zuckerberg and supporters are up to. Although it seemed they have had all under control–who would disrupt the financial market without having some kind of consensus with the rulers of the market–it turned out that was just a helter-skelter, non-orchestrated attempt.

Some of the big names left the sinking boat quite quickly, including PayPal, Mastercard, Stripe, and eBay. Even though the project is not abandoned (yet), fewer and fewer people believe that Libra would see the light of the day in its original form.

On the other hand, China wanted to lead the market. Again. It was among the first that announced the real attempt of issuing a central bank digital currency (CBDC). We need to understand that China’s government has one big rock in its shoe: AliPay, along with the WeChat messaging application, accounts for 92% of China’s mobile payments. Does issuance of their digital currency has more to do with the national affairs than “replacing the SWIFT” and “controlling the influence of the US dollar”? 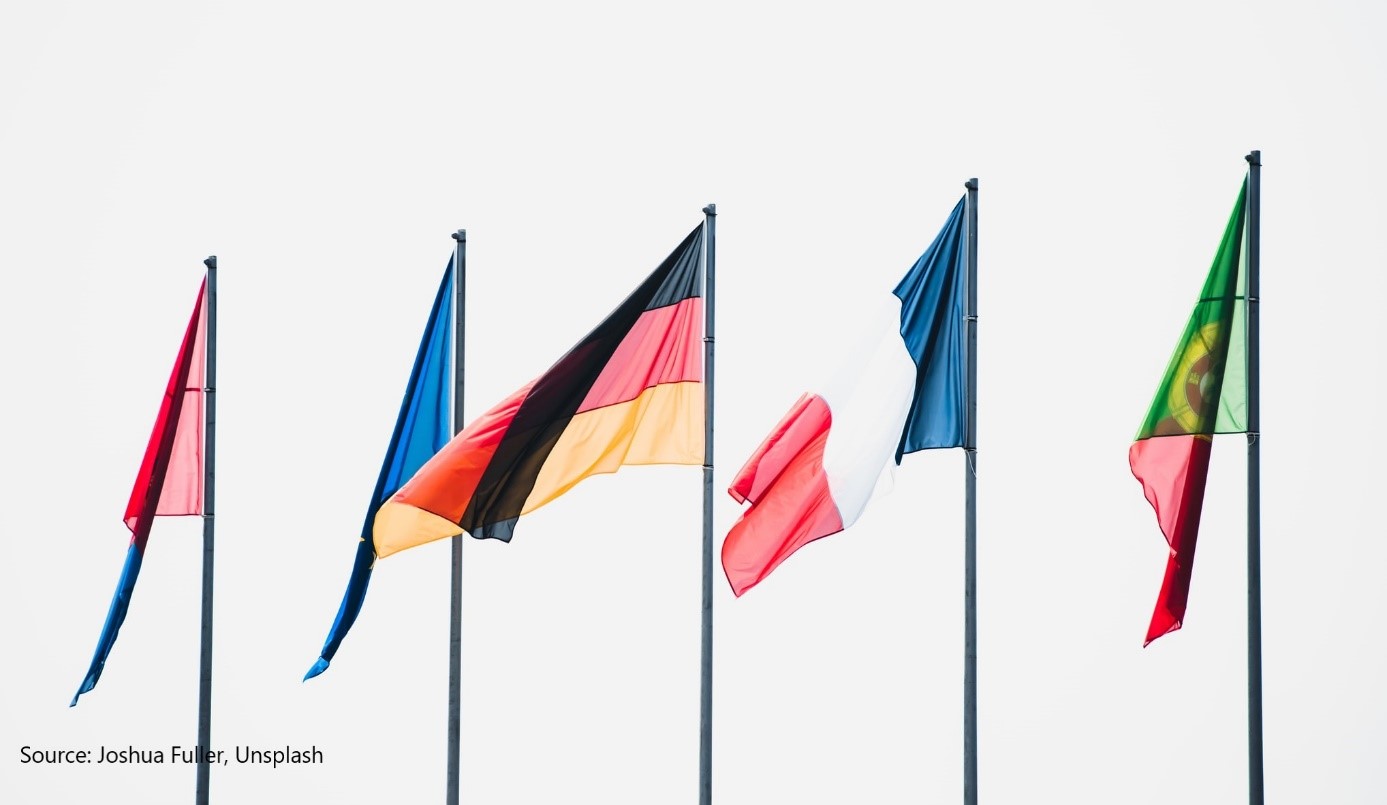 Europe wasn’t left so far behind, though. The new president of the European Central Bank, Christine Lagarde, told quite some times that financial institutions and regulators underestimate the potential influence of digital currencies. She even said that digital assets are “shaking the system” but warns that the current financial system should not be disrupted to the extent “that we lose the stability that is needed”. Maybe that was the encouraging factor for many European countries to announce their attempts to issuing digital currencies.

Because that was exactly what happened. Many countries jumped on a train with kind-of-blessing from Brussels which declined Libra and other private, global digital coins. “They should not be allowed in the EU until the risks are clearly addressed,” EU finance ministers agreed at the beginning of December, Reuters reported.

It seems that France was most eager to get its central bank digital currency. The central bank of France wants to pilot a CBDC for financial institutions at the end of the first quarter of 2020. The digital euro project is quite big and loud in France, thanks to regular announcements from François Villeroy de Galhau, the governor of the Bank of France.

Another country that is inclined to CBDC is Sweden. Its central bank confirmed that it will partner with the Irish company Accenture to create a pilot platform for e-krona.

We can expect that some big and important private institutions will have some major impact on the digital currencies sphere as well. One of them is certainly a Dutch mega-financial institution ING. Right now, ING is working on developing technology that will enable people to safely store digital assets, Reuters reported.

The other digital asset worth mentioning is Roberto Hroval’s first industrial coin PP8, issued by PP8 Corporation, UK, via Industrial Coin Private Offering (ICPO). PP8 coin is not a stablecoin but a private crypto coin, based on a tangible waste-to-energy project called Project Phoenix8. “It is time for ´cryptangible economy´; the era when digital assets and tangible properties meet and merge, offering the best of both worlds,” Roberto Hroval announced.

There are many reasons why we believe in PP8 coin. First of all, it backed up with tangible values, such a real-estates, Product Reincarnation Technology™ plant, three patents, etc. Secondly, this is a 1,13 billion-dollar (840 million GBP) project that is about to be scaled to 22 billion (16,5 billion GBP). Contracts are already signed so there is no guessing if the project will come to life or not.

Thirdly, the timing is just right. Not only regarding green energy–Project Phoenix8 is based on zero-emissions technology that transforms 98% of garbage into sellable goods–but also regarding a current bear crypto market. Investors seek for more stable and long-turn investments. We believe PP8 is one of the wisest choices on currently unpredictable and highly manipulated Bitcoin and altcoins bazaar.

The third European project we would like to emphasize on is issuing of Binance’s project, Venus. Binance, a leading Malta-based cryptocurrency exchange, offers Venus as “a response to Libra, an alternative, or a strong, government-friendly competitor to Libra,” Samuel Lim, Binance’s chief compliance officer. The major difference is that Binance “is moving heavily towards partnerships with governments, central banks, and large corporates”.

Central banks and regulators in developing countries are concerned they could lose sovereign authority over their currencies. “So the message we are sending today is: You have the power. We are not taking any power away from you,” he added.

It looks that digital currencies are about to go mainstream. Especially Europe is red-hot. How about the UK? Although Mark Carney, governor of the Bank of England, suggested some possible replacements to the dollar, including a new “synthetic” currency issued by a network of central banks, UK is not likely to join the trend. “We are not planning to create a central bank-issued digital currency,” is stated on the official site of Bank of England.

Got it. I guess we have some other, more critical finance-related issued to resolve here in the UK first. 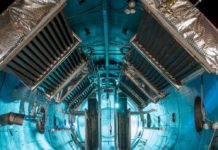 THE DARK SIDE OF TECHNOLOGY DEVELOPMENT… AND THE LIGHT 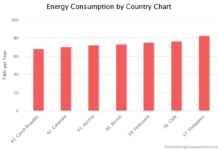 Watch an oblivious Tesla Model 3 smash into an overturned truck...

After 30 years of searching, astroboffins finally detect the universe’s ‘missing...